Kids Build A Homemade Drone Out Of Bathtub-But Will It Actually Take Off? 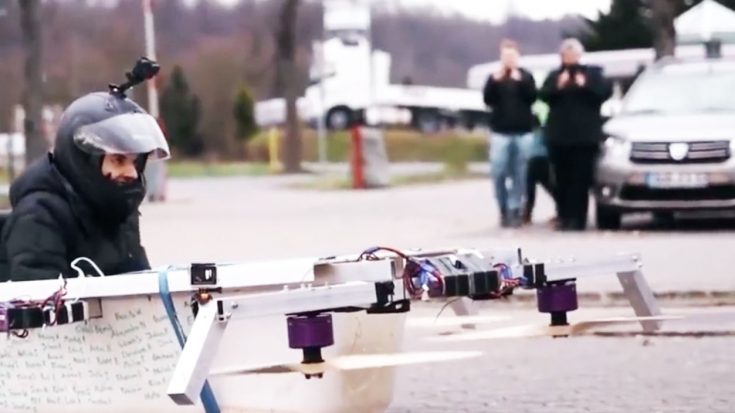 Those Propellers Do Look A Bit Small.

Drones are all the rage nowadays. It seems just a few years ago they were only seen on T.V. and possibly used by the military but today, everyone has them. They went from costing thousands of dollars to just a few bucks for some of the smaller ones and now anyone with a bit of discretionary income can get a decent one.

With cheaper prices, of course, comes a lot of experimentation as many more people can get their hands on these drones. Case in point here are the guys from the YouTube channel The Real Life Guys. These 20-year-old German twins graduated from college a few years ago and wanted to realize a couple of DIY ideas before jumping in the rat race.  Now, they have over 300K subscribers, millions of views and are doing this full time.

One of the ideas they had was the “bathtub drone” you’ll see below. They took apart four store-bought drones and rigged them in a way that they could control them all with one remote control. Then, as their cockpit, they attached those propellers to a bathtub to see if it’d fly and fly it did. Now make an even better video, they flew their bathtub to their local supermarket to pick up a few items.

Now, that’s something you don’t see every day.

Imagine flying around in this?!