Man Rebuilds Spitfire In His Garden For 7 Years 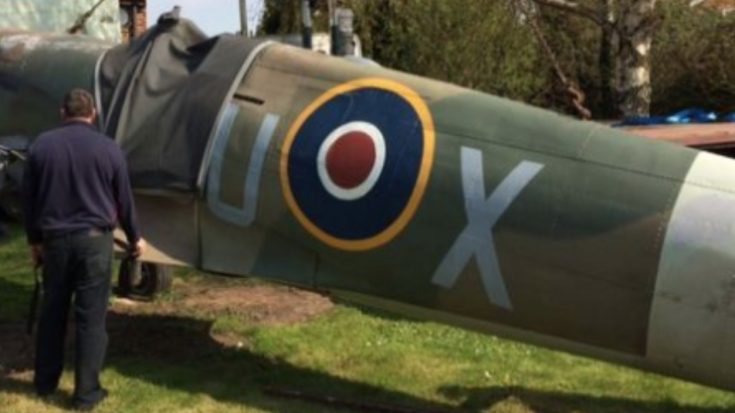 Paul Linsell of Heacham, Norfolk wanted something for his garden. He thought maybe a gnome would be nice.

But when a friend had a replica Spitfire for sale, he went for that instead. A little expensive compared to a garden gnome but not bad for vintage WWII relic, it cost him about £6,000.

“I bought it for the love of it – I’ve always loved Spitfires. I’m not a RAF man but I’ve always had an interest in them.” – Paul Linsell

And it looks like Linsell was just the man for this Spitfire. It may not fly, but over a seven year period, the aviation admirer did an excellent job restoring the icon from his garden. It totally stunned Jim Paradine, chairman Fenland and West Norfolk Aviation Museum.

“I didn’t expect much. But sitting on the lawn was a mark nine Spitfire. It was absolutely incredible, I couldn’t believe it.” -Jim Paradine

Coming up at 5.45 – the story of the replica Spitfire that’s spent the past few years in a Heacham garden, which was today moved to its new home at the Fenland & West Norfolk Aviation Museum. pic.twitter.com/iLrES77O7q

Though the Spitfire did become a bit of a local attraction (it sure is attention grabbing, isn’t it?), Linsell ultimately decided that it should go to a museum where more people will be able to appreciate it. He’s loaning it for four years to the Fenland and West Norfolk Museum where it will receive further refurbishment, including a respraying and a refitted cockpit.

Thanks for being a great caretaker, Paul!

We hope someone gets him one heck of a glorious garden gnome.

We couldn’t find any video on this story, so here’s some footage of famed pilots Nigel Lamb and Paul Bonhamme doing their thing in the Spitfire.