Memphis Belle Gets One Last Improvement Before Her Big Return – Can You See It? 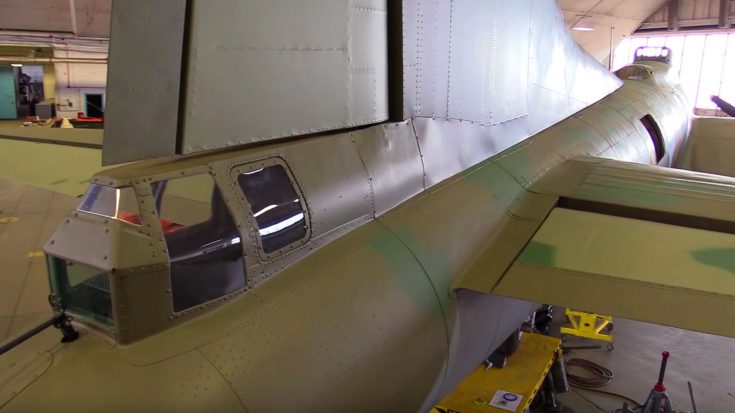 The Memphis Belle has earned her place in history by becoming the first Boeing B-17 to complete 25 combat missions at a time when crews really didn’t last long. The Memphis Bell may be a Flying Fortress but she has definitely seen better days as the wear and tear added up over the years. Now after 13 years of restoration the Memphis Belle is ready to make her public debut, the teams bringing her back to life have something extra to show.

As the restoration team puts the finishing touches on the legendary bomber they added some little extra detail. They actually went so far as to add the paint the original kills and names of the guns.

“I can only imagine what it must be like to be one of the people who is going to paint this American treasure. I mean the work they are doing is going to last far beyond our lifetime.”

It is very impressive to see the teams put on the paint in the exact same place as the Memphis Belle once had. It is one of those “blink and you missed it” details but they added it in anyway. Check out this video of the painting process from National Museum of the U.S. Air Force as the Belle gets ready for her public debut in May.