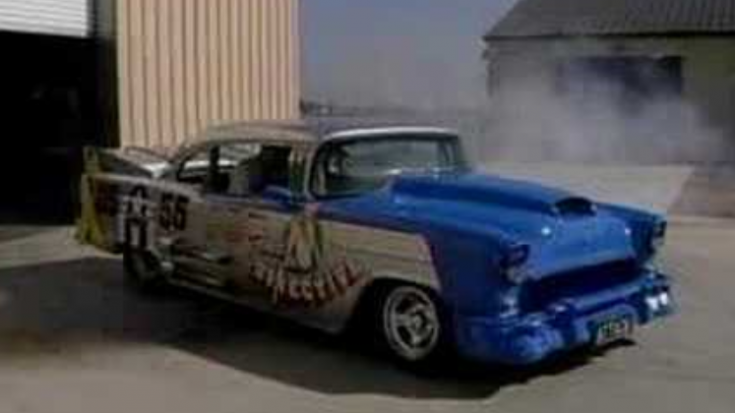 Rod Hadfield, a native of Castlemaine, Australia, wanted to build the “craziest 55 Chevy on the planet.” In the early 1990s, his main source of income was the conversion of cars from left to right-hand drive.

This particular project is pretty insane to be honest. To say that it took a lot of time, money, and effort would be a gross understatement. It took five years to build the frame alone and a few more months before finally getting it to drive down the road. It definitely takes a serious amount of dedication to pull this off.