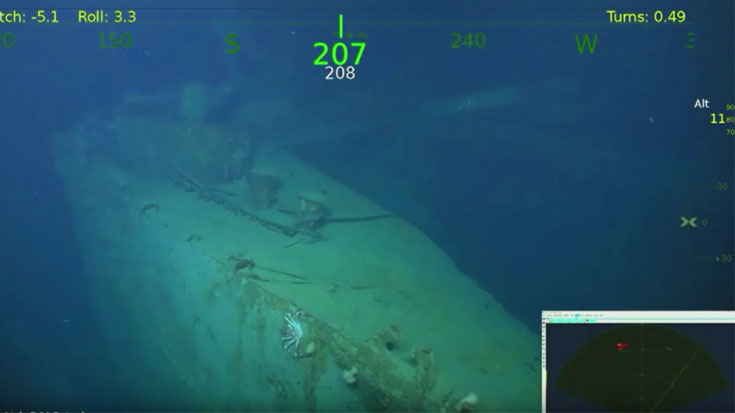 Microsoft co-founder Paul Allen has a passion for history, in particular, World War II. He has used his great wealth to cultivate museums dedicated to vintage planes as well as to developing new and innovative aircraft. However, his other passion for locating lost relics of WWII has garnered a lot of attention and his expedition crew just located another lost WWII vessel.

The USS Helena took part in many of the most pivotal battles of the Pacific pushing the US Navy toward victory. Sadly, the mighty vessel met her fate on July, 6th 1943 during the Battle of Kula Gulf when she was hit by three Japanese torpedos. For 75 years the USS Helena sat at the bottom of the Ocean unseen by human eyes, until now.

The Research Vessel Petrel has unveiled the first images of the lost ship so check out the footage.