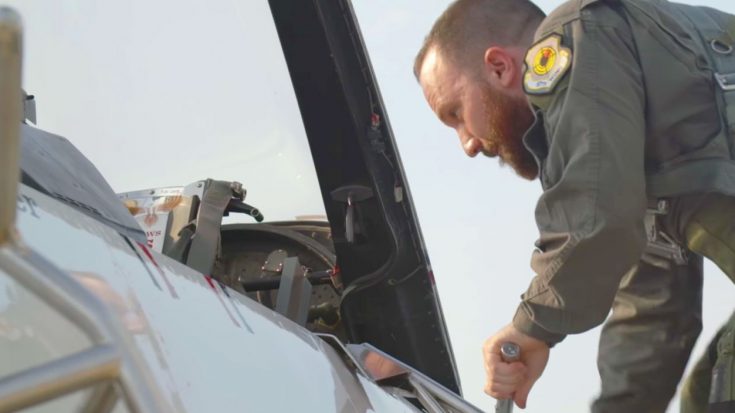 The Thunderbirds have a longstanding tradition of excellence in the United States Air Force by pushing the limits of aviation. VICE News has a popularity with the younger crowd and a reputation for putting their reporters in uncomfortable situations. So this time they really stepped outside of their comfort zone and sent one of their guys up in an F-16 with the Thunderbirds.

Since sine 1953 the Air Force Thunderbirds have set a standard that has inspired many people to become pilots. There are few groups out there that can rival the maneuvers and stunts they pull off in their F-16s.

“So at 9 g’s, a 200-pound man feels 1,800 pounds of force against his body. It’s like having an elephant stand on your stomach while you’re riding a roller coaster.”

Needless to say, these VICE guys get themselves into some spots that they may not be able to handle as well as they thought. So check out this video of a VICE reporter as he goes for a ride along with the Thunderbirds, it’s so painfully fun to watch.