Mitchell Trying To Shake A Zero On Its Tail, While Her Escort Is… 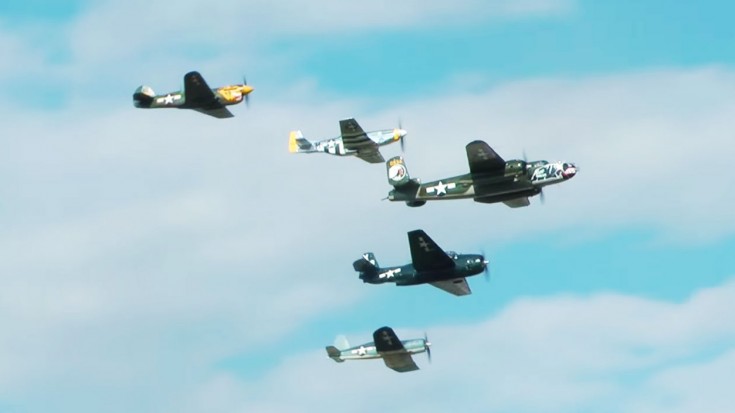 This great footage reenacting a bomber chase with some mock dogfight sequences is also intensified by a bit of pyrotechnics. Filmed at EAA’s Oshkosh Airventure Airshow in 2015, this one week event showcases as many planes as they can get to fly down. Located in Wisconsin, this annual meeting hosts more than 500,000 people from more than 60 countries. What’s more, they host over 10,000 different aircraft during a seven day period, which means that there’s something for everyone at this epic airshow.

During the event, about 36,000 people camp out to enjoy every minute of the show.

In this clip, you’ll find most of your favorites including the B-25 Mitchell, P-40 Warhawk, Corsair, Mustang, Avenger and Japanese Zero. There is really no time to look away from this video, as something is constantly going on. This choreographed routine is one of the best ones out there, allowing us to not only see our favorite warbirds, but also to see them in action like never before.