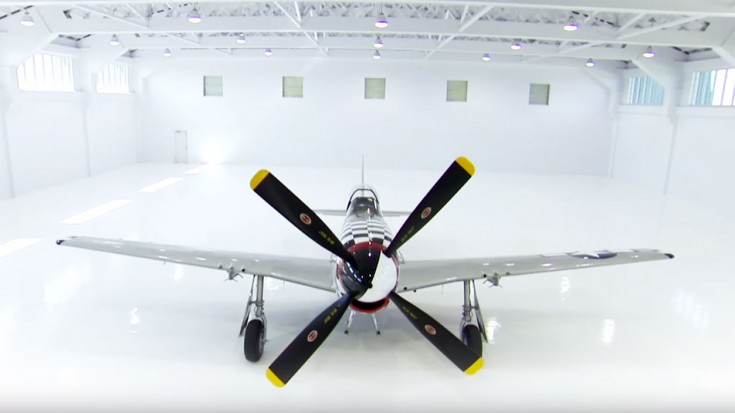 These Guys Put The Mustang In The Spotlight And It Shines

Members of The Horsemen and other pilots talk about what makes the P-51 Mustangs special and it is the most comprehensive and possibly most emotionally charged clip you’ll ever see about these iconic aircraft. The Horsemen, an aerobatic team comprised of three expert pilots, have been flying P-51s for decades, although they also perform with other planes such as Lightnings, Corsairs, Bearcats and Sabres.

Somebody will come up and say, ‘What’s it like to fly the Mustang?’ My thought is always, you don’t fly this airplane, you wear this airplane. Just sort of slide it on and become one with the airplane.

Overall, some of the greatest pilots, both young and older, talk about this plane in such a way that it could literally melt your heart. They speak of it like it was a living, breathing entity that you can ‘start a love affair with it.’ As one pilot mentioned, the coolest thing about a Mustang is that new Air Force pilots in training often circle a hangar if they know a P-51 is on the ground, just so that could take a look at it.