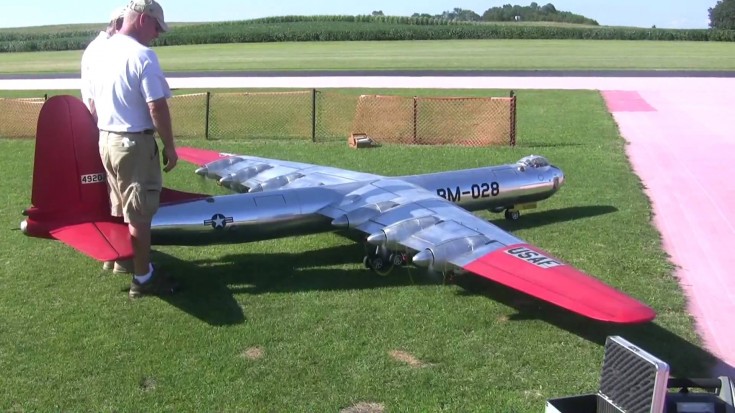 Meet Carl Bachhuber and his biggest remote control plane yet, the B-36. A native of Wisconsin, this man has been a modeler for over 66 years, and his goal is to fly a replica of every plane he ever liked. Thus far, he has modeled over 30 aircraft from all different decades, although some are from our favorite era, the 30s and 40s.

Here are some other planes this awesome guy built:

Although the B-36 is not a World War II plane, it came pretty close. The design process dates back to 1941, while the first B-36 took off in 1946 and was introduced to the air USAF in 1949. Built by Convair, the ‘Peacemaker’ as it was called, was quite a modern wonder when it was built. It was the largest-mass produced piston engine aircraft ever built with a wingspan of 230 ft., which was also the biggest wingspan of any military aircraft ever produced. Overall, this warbird was an engineering wonder, just like this Rc version you’re about to see.