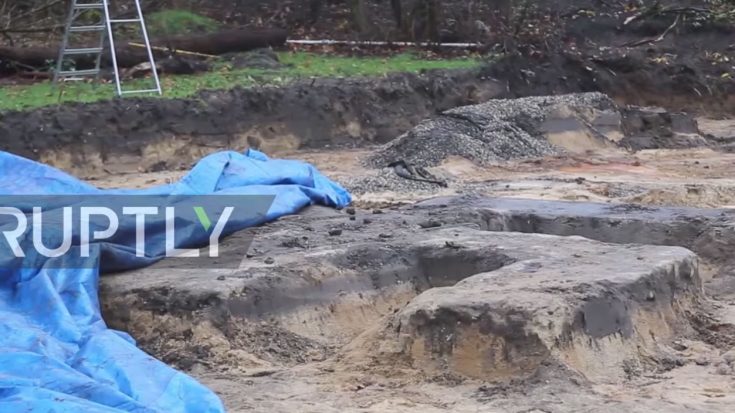 Last Friday, November 17th, 2017, a local contractor in Hamburg was working a regular gig excavating a football field belonging to the Billstedt-Horn club when he hit a major snag in his project. What he thought was going to be a simple unearthing turned out to be the center of a swastica measuring 13 feet by 13 feet.

After doing some digging, it came to light that the football field was there since World War I and during the subsequent war was home to a big Nazi monument. It was since torn down of course, but whoever did it opted for covering up the base of it as opposed to removing it completely.

This does make sense.

The base is in fact so big and heavy that the current excavator couldn’t use his heavy machinery to lift and remove it. He needs to chip away at it piece by piece.

The funny thing about the story (well, not funny but you’ll get it in a minute),  is the hundreds of comments under this event that are of course making things political. They (whoever that is), put it there for fear mongering. RT is propaganda and this is fake news.

All in all, this is an unfortunate cement slab in the middle of someone’s project right now.