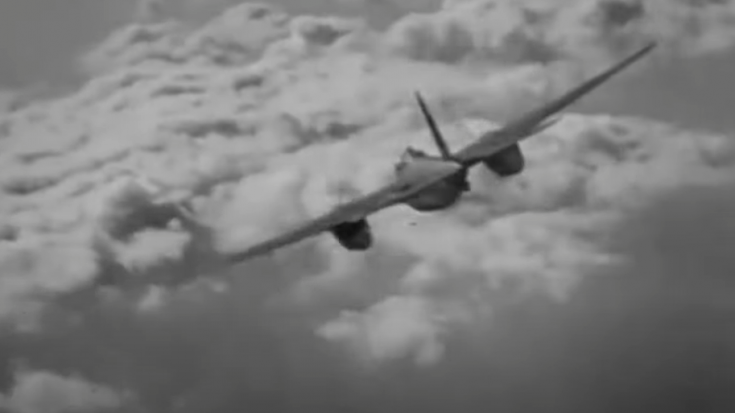 During the World War II, there is no guarantee that you will recognize an aircraft as a friendly even when you’re flying the same type. There were cases where Mosquitoes were shot down by other Mosquitoes.

The aircraft never returns to base. As seen on the video below, it was shot down by P-51 Mustangs of the 335th Fighter Squadron, 4th Fighter Group that identified it as a hostile Luftwaffe Messerschmitt Me 410. P-51 pilots 2/Lt Ralph Edward Lewis and 1/Lt Elmer Norbert McCall Jr. shared the kill.

In McCall’s footage from their respective gun cameras, the Mosquito can be seen wreathed in flames and later crashes into the sea. Neither of its crew would survive the incident.

These incidents were not uncommon during WWII, both the Mosquito and the Me 410 were twin-engined multi-role aircraft with almost identical wingspans and similar configurations.

The USAAF also operated the Mosquito XVI and it seems American insignia weren’t enough to prevent friendly fire so they had their tails painted bright red, however it still led to this sort of tragic circumstance.