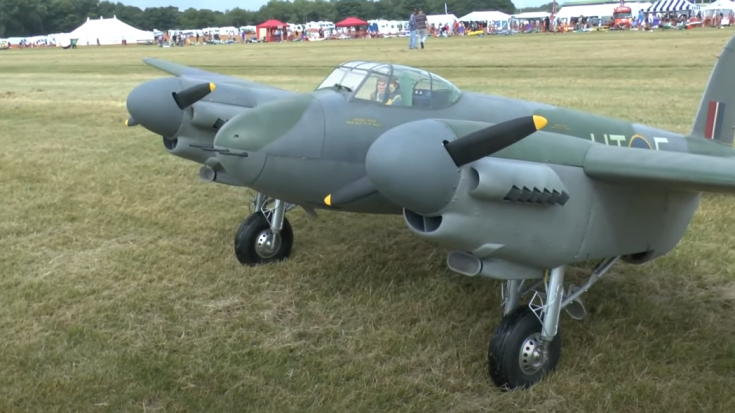 The incredible machine is one of the stars of the show. It is powered by 2 ZDZ 100cc inline twin petrol engines, and could easily pass off as a real one being flown for its huge scale. It has a wingspan of 4.1 meters, a length of 3.35 meters and weighs 50 kg.

The DH98 Mosquito was unquestionably the greatest contribution by the De Havilland Aircraft Company to the success of the RAF in the World War II. The aircraft was a “multirole” performer that was used as a fighter, fighter-bomber, reconnaissance mount, night fighter, anti-ship platform, patrol, intruder, and interceptor.

Some of the comments read:

“Beautiful aircraft and model. Thanks for sharing Dom, a real treat.”

“What an absolutely wonderful model. I could watch it fly all day.”

See how it smoothly flies below.