Mosquitos And Havocs Weaving Around Gunfire During Operation Oyster 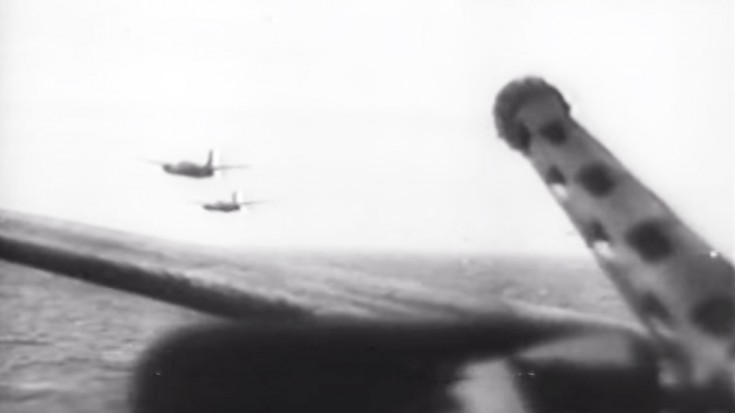 This authentic footage of a World War II raid shows one of the most important bombing missions of the war. Dubbed Operation Oyster, this daylight attack was one of the most daring bombing missions as it was a low level attack exposing the crews to enemy fire. Also, it was a ‘pin-point’ mission, meaning the squadron had a single target to destroy while limiting civilian casualties.

Taking off for one of the most daring attacks of the war, they roar over the channel. Now, skimming the treetops, they speed across the countryside. Their objective, the enormous Philips Radio Works.

Given a mission briefing and shown a photograph of the intended target, the crews were ordered to destroy the Philips Radio Works. This factory in Eindhoven, Holland, produced most of the radio equipment used by the Nazis. Crippling it would greatly disrupt enemy communications and thus war efforts. Dropping bursts of 30 lb. incendiary bombs, the Mosquitos and Havocs completely destroyed the factory, leaving it unable to operate for the next 6 months. Of all deployed planes, fourteen were hit by enemy fire and went down, while some others barely made it back having to belly land. Though the mission was meant to limit civilian casualties, 148 Dutch civilians lost their lives due to the raid.