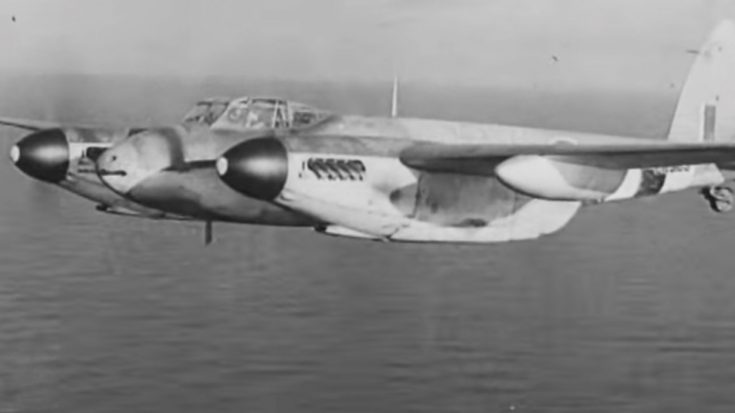 Step Back In Time.

We often scour the internet in search of neat historical footage. Gun cams are particularly great to see because as warbird fans we love the technology and like seeing it used. We’ve found many P-51 Mustang and P-47 Thunderbolt gun cams, but never something like this. Until now.

Here you’ll be seeing the de Havilland Mosquitos in action. A British multi-role aircraft, it earned itself the nickname “Wooden Wonder” as it was mostly made out wood but became one of the fastest and most feared fighter bombers of World War II.

This footage will show you in part why that was so.

Notice how the narrator mentions “rocket projectiles.” This modern day technology was still in its infant stages back then.

This film was part of the morale boosting propaganda of course. Showing the Allies kicking you know what and taking names was all about showing both the public and military personnel that the fight was going in their favor. As we all know, that turned out to be true.