The First Combat Helicopter Had A Very Strange Role During WWII 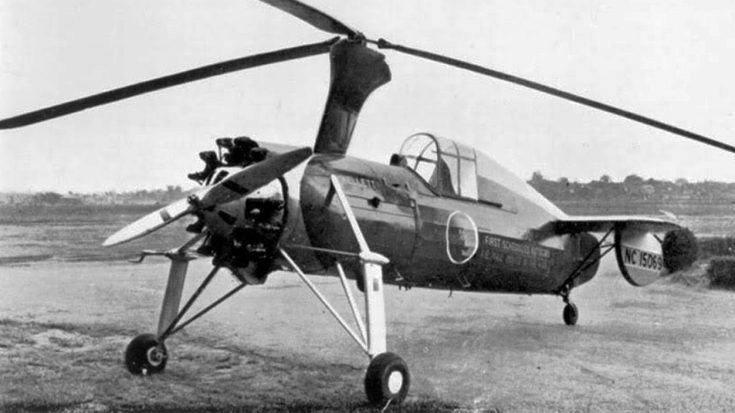 There is often a misconception that combat helicopters were introduced during the Vietnam war to support American troops. The birth of the attack helicopter actually traces its roots to WWII where it was developed by the Japanese. With this integration came the Kayaba Ka-1, a precursor to the first helicopters which also be used for combat.

In the 1940s the autogyro was commonplace as a means of transportation which consumed less fuel than planes. Japanese autogyros low speed and small size made it optimal for scouting and landing in tight areas.

These early autogyros worked, but they left something to be desired by the Japanese military. Realizing that the limitations of the autogyro, the Japanese military contracted the Kayaba Industry to outfit these aircraft with German engines to increase their speed. The increase in speed allowed it to have better performance as a reconnaissance aircraft and also allowed it to launch depth charges on submarines.

Kayaba Ka-1 was stationed aboard the converted Japanese aircraft carrier Akitsu Maru where they could be deployed for anti-submarine warfare. These autogyros proved effective for dealing depth charges to submarines but the Akitsu Maru was struck down in an American attack putting an end to the Kayaba Ka-1’s military career.

“In April 1944 the Light Aircraft Carrier IJN Akitsu Maru was in charge of transporting the KA-1s, these being provided with depth charges, the autogyro did not have great capacity to carry loads, but if the observer was removed and a support was placed in Its position could transport, two loads of depth of 60 Kg., Was the first time that the autogyro was used directly in combat, in the second world war.”

Only 98 Kayaba Ka-1s were built and used for mild effectiveness against submarines but they paved the way for attack helicopters. Rare archival footage of the Kayaba Ka-1 in flight can be seen in this clip.