Mosquitos In Color During WWII 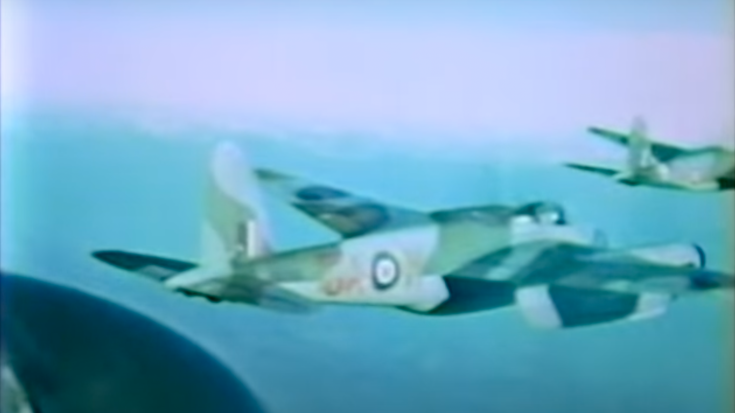 Nothing’s quite as sweet as seeing WWII planes in color during the war. These twin-engined and multirole de Havilland Mosquitos were so unique back then.

When the Mosquito was introduced back in the 40s, it was already one of the fastest aircraft available. The British benefited from its multirole capabilities. Its high speed and versatile armament meant it could be a bomber, fighter, photo-reconnaissance, or transport aircraft. Because of this, the Mosquito was favored by many.

In total, 7,781 of these were built during the course of the war. Today, 30 de Havilland Mosquitoes have been preserved with only 4 still airworthy. Hopefully, some of those Mosquitos can be fixed up to be airworthy someday.

They’re gonna have a tough time maintaining planes made out of wood that’s for sure! In the meantime, watch this beautiful plane in action and in color in the video below.