Mossie Comes In Almost Too Close For Comfort 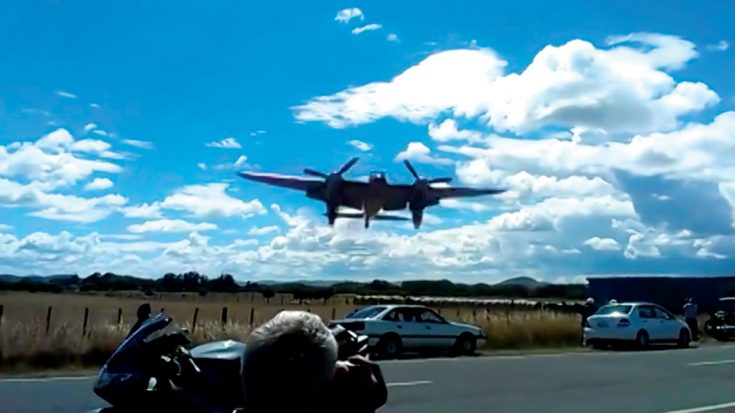 This video has been up on the internet for over four years and never got the love it deserved. It only has 300 views and that’s simply not fair. Although not expertly shot, it is pretty neat. The guys were at the right place and at the right time, so here it is.

The setup is simple. According to the description this happened at the Wings Over Wairarapa back in 2013. A pretty big event over in New Zealand, the airshow has some pretty epic warbirds flying in. From Corsairs to P-40s, any warbird fan would have a field day.

Here, these guys captured the de Havilland Mosquito. One of three airworthy ones in the world, the Mossie as it’s commonly called is a pretty neat bomber.

Introduced in 1941, this British build aircraft was used as a light bomber, night fighter and photo-reconnaissance plane. It was built almost entirely out of wood which also earned it the nickname “The Wooden Wonder.”

Check it out. It’s a really neat design.

That engine was spurting, right?