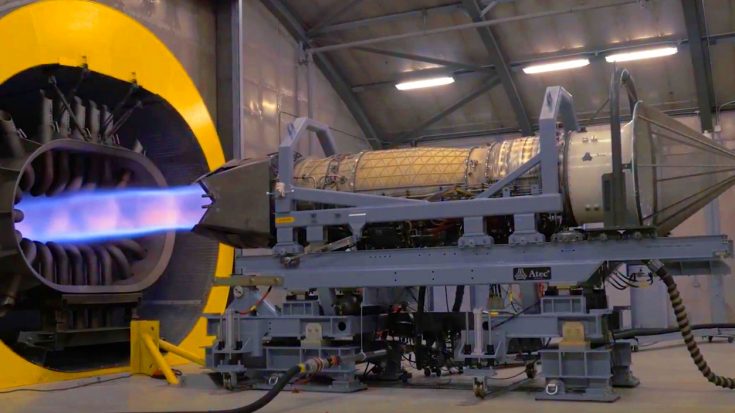 Power, it’s what pushes things ahead and gives them the strength to rise above challenges. The Lockheed-Martin F-22 Raptor is pure power in the air and in combat missions against the enemies. The source of the F-22’s massive power is its pair of Pratt & Whitney F119 engines.

To ensure the safety of pilots and continued reliability of the F-22 during flight missions the engines are tested periodically. The Hush House at Langley Air Force Base is a facility dedicated to maintenance testing of F119 engines. The name Hush House comes from its incredible soundproofing which only thing stopping the testing area from receiving noise complaints from the neighbors.

“The hush houses give us a way to get inside the engine as close as possible to see what could happen once it’s in the air. These two hangars are the only area on base where the engines are authorized to operate at maximum throttle.”

The controlled environment of the Hush House allows the engines to be pushed to their limits without jeopardizing the safety of a pilot in midair. This video shows the technicians pushing the F-22’s engine to its absolute limits, so sit back and watch it fire up.