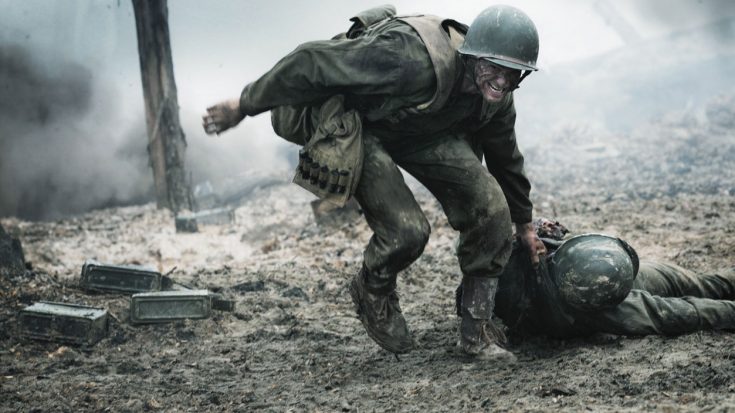 To be perfectly honest, we didn’t expect too much from this film. Although the director, cast and writers were good, the trailer made it seem like a romantic drama. What they hid from the trailer however, is that the movie was extremely accurate to the real story, including the goriness of the battle.

The not so popular nowadays Mel Gibson directed this movie and it definitely showed. Bringing his Apocalypto and Braveheart style war sequences, he intertwines both the emotional part of the story perfectly with the horrors of war.

“It’s an exceptional picture and Gibson’s finest work to date, gracefully but forcefully sharing faith-based interests without resorting to preachiness, putting Godly trust to the test on a merciless battlefield.”-Brian Orndorf

Called Hacksaw Ridge, the move tells the story of the heroic efforts of Desmond T. Doss, a World War II army medic who earned himself the Medal of Honor. He did so however, without firing a single shot.

If you’re intrigued just by that one bit, just watch the trailer below and see for yourself but remember, there’s more to this movie than the trailer.