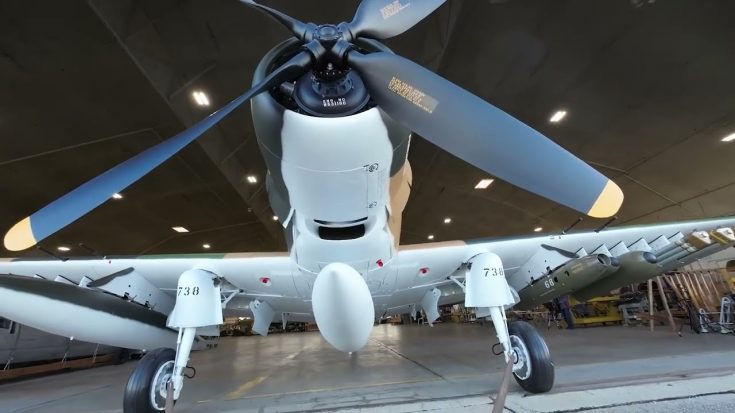 Skyraider Gets A New Look

The National Museum of the US Air Force moved this newly-restored A-1H Skyraider to its permanent display. This aircraft took part in “OPERATION FARM GATE” and was operated by the South Vietnamese Air Force for ten years.

The restoration took a year and a half to finish, with most of the funding coming from the A-1 Skyraider Association. Currently, the aircraft is painted to represent pilot Ron Smith’s Skyraider, “The Proud American.”

Smith is known for rescuing Roger Locher, who was stranded in North Vietnam for 23 days after his F-4 was shot down. Ronald Smith received the Air Force Cross for his actions and earned two more Silver Stars during his stint in Vietnam.

Thanks to the museum and the donor’s help, this Skyraider will continue to inspire generations of museum visitors for years to come.