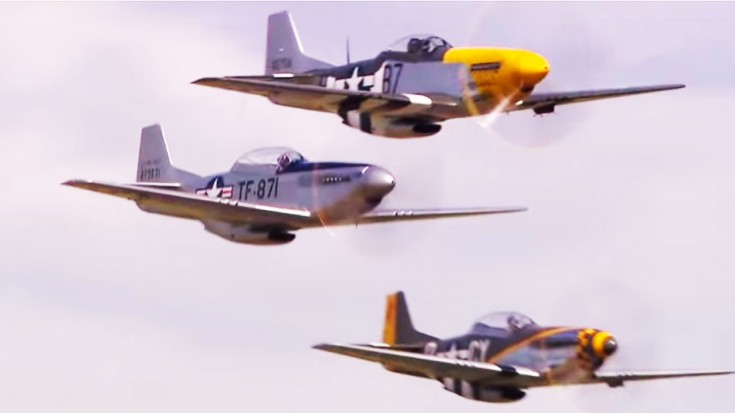 For Mustang Fanatics, The Only Thing Better Is Being In The Cockpit

This amazingly filmed footage comes to us from Duxford, England that hosts one of the best airshows, namely, The Flying Legends. Back in 2012, they organized a special event during the show that featured one of the most iconic World War II fighters, the P-51 Mustang. What you’ll see here is actually three of them flying in various formations and to say it looks and sounds spectacular would be an understatement.

Here’s some info about the three planes in the video:

This video wouldn’t be as awesome if it wasn’t for the pilots of course and while we don’t know all of them, we do know that Ferocious Frankie is manned by Paul Bonohomme. Paul is a seasoned pilot who has won three 1st place medals competing in air races. He got his Private Pilot License at the age of 18 and has flown ever since. Overall, he’s among the best pilots in the world.