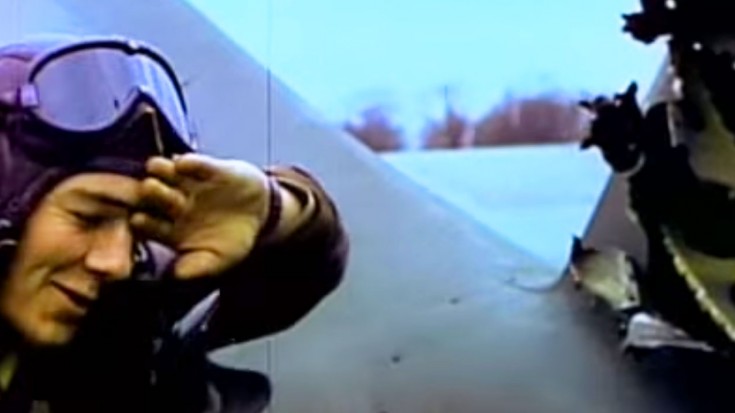 On March 16th, 1945, 175 Thunderbolts were sent out over France to offer ground support, however, they managed to do some damage as well. This almost unreal footage was actually taken as part of an exclusive production during World War II.

To show the progress of the war back home, the 362nd Fighter Group was specially equipped with tons of color movie cameras that captured footage worthy of a blockbuster film. We’re sure you’ll agree once you see it.

On that one day, this squadron managed to destroy:

As you’ll see in the video, the numerous shots taken from different vantage points really puts the job these boys did into perspective. In an all out attack, some of those strafing runs are so low it might cause you to cringe. Aside from the visual aspect, the sounds these cameras captured are quite amazing as well.

Altogether, this combat footage is eye opening to say the least. The best part of the whole thing is actually at the end, where you see a pilot, probably no older than 20, climb out of his damaged plane and laughing while showing his comrades that his hand is still trembling.