Mustang Screaming And Hugging The Ground Like There’s No Tomorrow 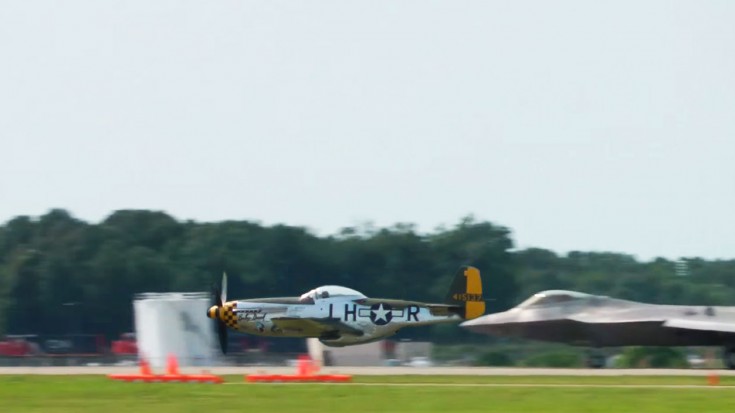 This Is One Of The Best Airshows Around.

This awesome video was brought to us by a Youtube channel called AirshowStuffVideos and was recorded in 2015. During the Battle Creek Field of Flight Airshow and Balloon Festival in Michigan, these guys managed to capture a bunch of P-51 Mustangs in a nice crisp and clear HD video. Finally we can enjoy our favorite World War II warbirds on the big screen!

This clip features only one plane, namely, the P-51 Mustang called Baby Duck and is flown by Vlado Lenoch. He’s a very experienced pilot who knows how to fly a wide variety of aircraft, making it no surprise that he was given the stick of this beauty.

Baby Duck rolled off the Inglewood, California plant on August 23rd, 1944 and was delivered to the 8th Air Force shortly thereafter. She then served in the Royal Swedish Air Force followed by the Dominican Republic Air Force after which she changed hands many times over the next decades.

After suffering a forced landing in 1968, she was slowly restored by various owners and companies, but was finally purchased by the Mustang Historic Military Aircraft, LLC in 2008. It was them who restored her to the shiny beauty you’ll see in this video.