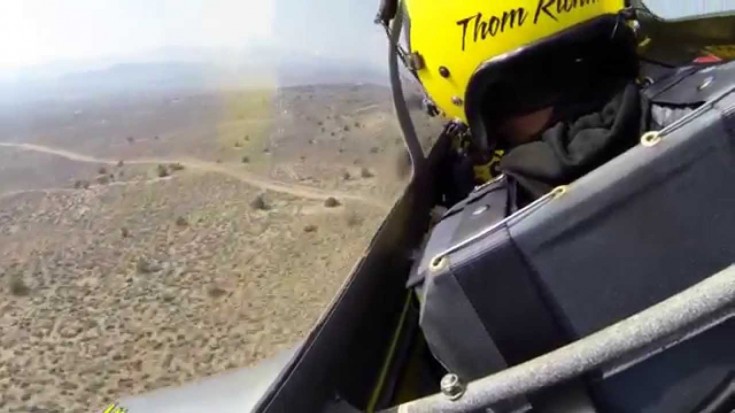 This incident occurred during a practice session in Precious Metal, a race modified P-51 Mustang that experienced a fuel delivery problem during flight, shutting down the engine. Thom Richard, the expert pilot of this Mustang, didn’t miss a beat when he heard his engine shutting down. He immediately did a 5g pull-up and looked around for the safest place to land.

The ‘stick’ does not refer to the flight controls, which in most aircraft are either fully or partially functional without engine power, but to the traditional wooden propeller, which without power would just be a ‘dead stick.’

Leveling the plane he decelerated to 220 mph and feathered the propeller, allowing him to glide a further distance by reducing drag. Performing a series of ‘S’ turns, Thom Richard shaved off some speed as he approached the runway and coming in hot, put the tail down and hit the brakes, eventually coming to a safe stop a bit off the runway. After a quick carburetor change, Thom and his Mustang were up in the air two days later. GREAT JOB!