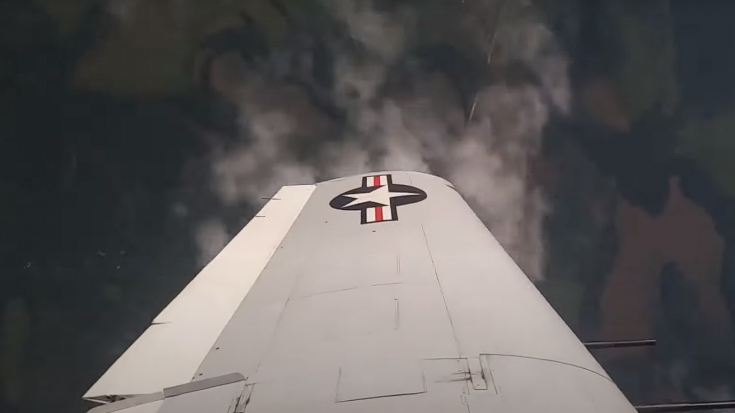 The pilot, Mark Todd, did a superb job doing those aerobatic rolls. For him, it was just another day in the office. For the people on the seat next to him, that was the best day of their lives.

Douglas Skyraiders were produced way too late to be used in WWII. However, it found its niche during the Korean War. It was the preferred close air support and ground attack aircraft amongst the wide selection of jet planes.

This Skyraider was delivered to the US Navy in 1955 where it served until 1963. Thanks to the Cavanaugh Flight Museum, it has been well-maintained since 2008 and is still airworthy today. You can hear its powerful Wright R-3350 radial engine in Addison Airport, Texas where it resides.