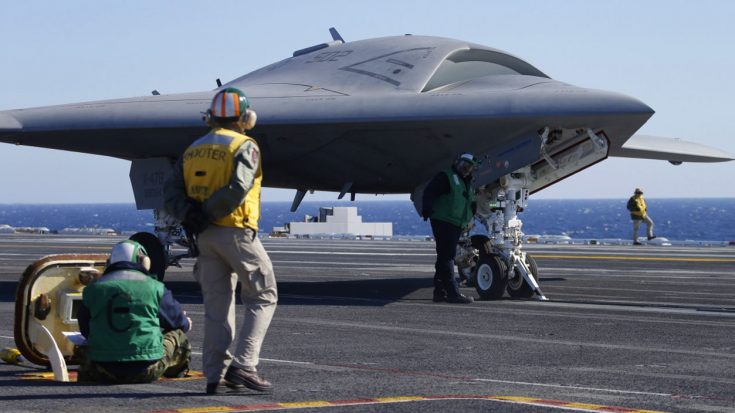 The use of military drones is has been a touchy subject lately. Every other day we hear controversial news about drone whether it be about strike attacks, fighter pilots being replaced or drone operators suffering PTSD from their work. However, the U.S. Navy is hoping to win us over in its new multi-mission unmanned vehicle the MQ-25A Stingray.

Originally the MQ-25A it was unclear if the new Navy drone was intended for combat missions, reconnaissance. As development progressed on the Stingray it was decided that this drone would, in fact, be a multi-role aircraft. Aside from its other roles, the MQ-25A is also being adapted for use as an aerial refueling vessel. Many can agree that an unmanned refueling vessel could be very beneficial for other aircraft, although the development process hard at work finding the balance between recon and refueling.

“If you’re going to be a tanker at range, you’re obliviously going to have to be able to carry a fair amount of fuel internal to the platform. That drives the different design for those two.”

The U.S. Navy also plans to use the Stingray as a deterrent to China’s carrier killer missile as the development continues. It has been said that F-35 will probably be the last manned fighter developed by the United States as they transition into drone aircraft. The Navy hopes to have the MQ-25A fully operational by 2020, they have declassified test flight footage seen in the following clip.