Need A 14-Ton Pickup? This BEAST Will Do It With Ease 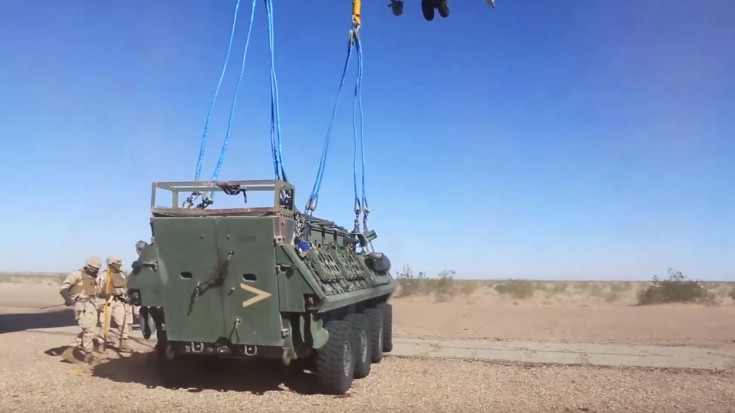 This footage was captured at an airfield in Yuma, Arizona during a Weapons and Tactics Instruction Course. Working swiftly in teams, troops and pilots are trained to seamlessly transport large equipment from one area to another as quickly and safely as possible.

In this case, they were picking up LAVs (Light Armored Vehicles) and Humvees. Now, the word ‘light’ has a different meaning in the military, as LAVs weight up to 14 short tons which is equal to approximately 29,000 lbs. To get the job done, a CH-53E Super Stallion is called.

The Super Stallion is the largest helicopter in the United States Military.

Designed in the early 60s, Super Stallions were introduced into service in 1981 and as you can see here, they’re still in service today. Over 200 of them were built over the course of the years at an average price of $24M in 1994, which is about $33M today.

Its primary purpose is to lift heavy equipment from the battlefield and transport it elsewhere. Designed and built by Sikorsky Aircraft for the Marine Corps, it can lift just a bit over its own weight. As you’ll see in this video, a 14 ton LAV is no big deal.