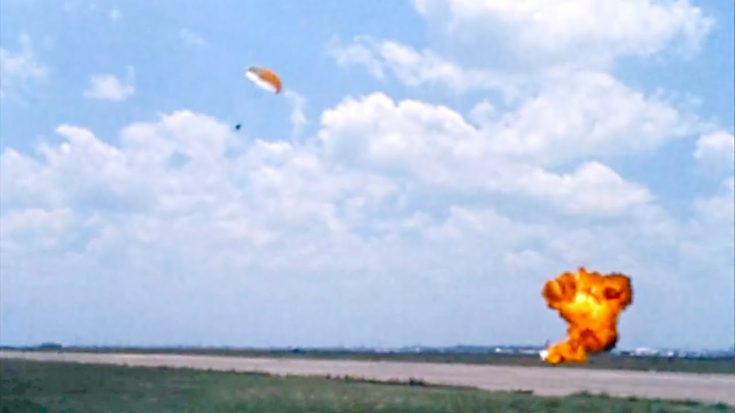 Neil Armstrong is one brave astronaut. Here, we see him testing out the LLRV-1. This vehicle was a very early version of a Lunar Landing Research Vehicle used for moon landings. His decision to try this out led to NASA further improving its design.

According to Aircraft Operations Office Chief Joseph Algranti, the loss of helium pressure affected the vehicle’s altitude control. The strong winds also made it harder to control during flight. Fortunately, Armstrong was able to eject from the aircraft before it caught on fire and eventually crashed. Thanks to Armstrong’s contribution, LLTVs (Lunar Landing Training Vehicles) were made which shaped how astronauts approached moon landings.

This spectacular restored footage shows how Armstrong wrestled control of the vehicle before finally deciding to eject out for his safety.