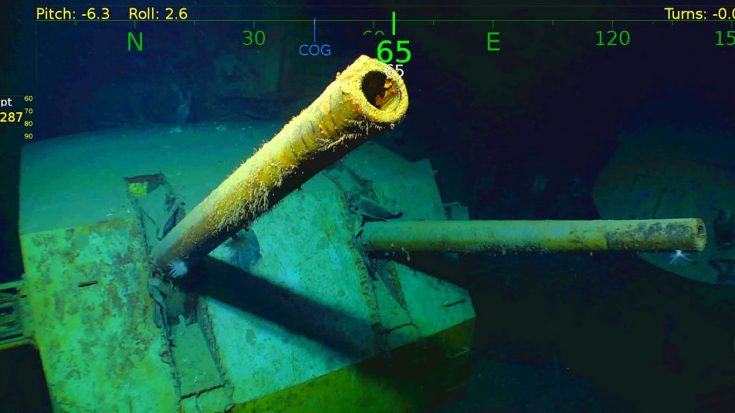 During WWII, the United States Navy had a policy against siblings serving in the same unit, but the Sullivan brothers refused to enlist unless they served together. Despite the rules, the five Sullivan brothers persisted and the US Navy allowed them to serve together aboard the USS Juneau.

WWII ship USS Juneau located by #RVPetrel on St. Patrick’s Day—unexpected coincidence since she is best known for the Sullivans, all 5 brothers were lost, along with the other 682 sailors. Only 10 survived the sinking by Japanese torpedoes. https://t.co/FOkRwR6FXc pic.twitter.com/1PZjNP1uHd

Sadly the USS Juneau was attacked by a Japanese submarine and died as a result of injuries from the assault. However, the legacy of the Sullivan brothers endured as they were the subject of the 1944 film The Fighting Sullivans and Fletcher-class Destroyer USS The Sullivans was named in their honor.

The discovery of the USS Juneau will honor their memory and those of the other 677 sailors who lost their lives in the attack. More details on the story of the heroic Sullivan Brothers can be seen in this clip.