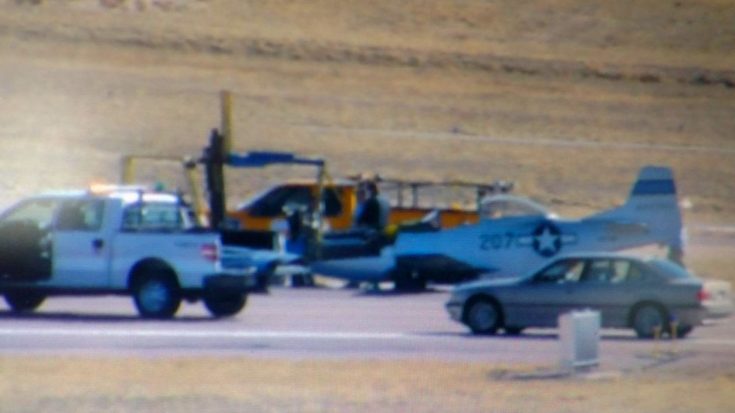 The Colorado Springs Airport is buzzing with activity after an unexpected incident. It’s not every day that this airport seeings a vintage WWII plane and it is even rarer for one to make an emergency landing.

A P-51 Mustang was coming in for a routine landing at the Colorado Springs Airport. As the P-51 touched down its landing gear malfunctioned and did not lock in place.

“The pilot landed hard and slid on the runway. Emergency crews responded as a precaution, but the pilot was able to get out of the plane without help and was uninjured.”

Investigators are currently looking into the incident and what caused the landing gear to collapse. No other flights were affected by the crash landing and it is not yet determined if the P-51 Mustang will be in flyable condition. KOAA News provides a segment addressing the vintage fighter’s crash landing the Colorado Springs Airport in this clip.