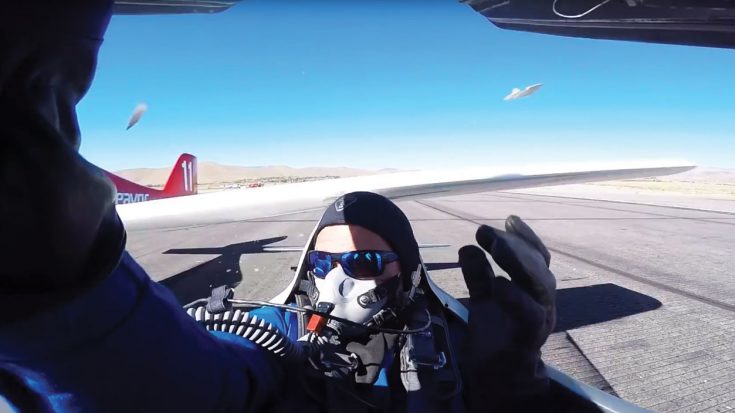 Dinner Must Have Tasted Good That Night.

Let’s start off with the fact this story has a happy ending. Sure, two planes were severely damaged and a pilot injured his hand, but at the end of the day, this could have been an aviation disaster. The pilot who was hit himself said that a few feet to one side or a moment earlier and he would have been “ground meat.”

When you start watching this footage you’ll immediately realize what will happen about a minute into the video. The GoPro was facing the pilot, who by the way is Thom Richard (we’ll come back to him in a second), and he was near the centerline getting ready to take off for a race in Reno.

Richard, an accomplished aviator who’s been in the business for decades, has flown everything from World War II era Spitfires to this here racer named Hot Stuff. On this particular day, however, he noticed he had engine trouble right before taking off and assessed he needed to be out of the race. He signaled the flagman and popped his canopy.

Other racers did not notice the race was off, however, and preceded to take off. This included a plane behind him that struck the back of his racer with its wing going at about 60 miles per hour. Watch the footage of how chilling that moment really was and the amount of luck that this aviator had that day.

Watch Next: The POV Of The Plane That Hit Him 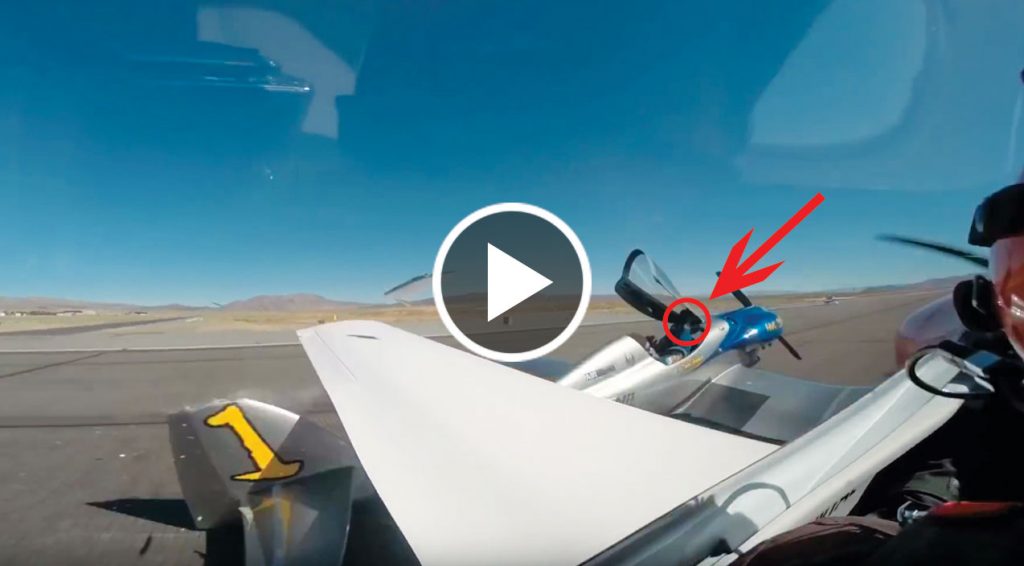