Nike Ajax Missile Testing On A Flying Fortress: Circa 1950 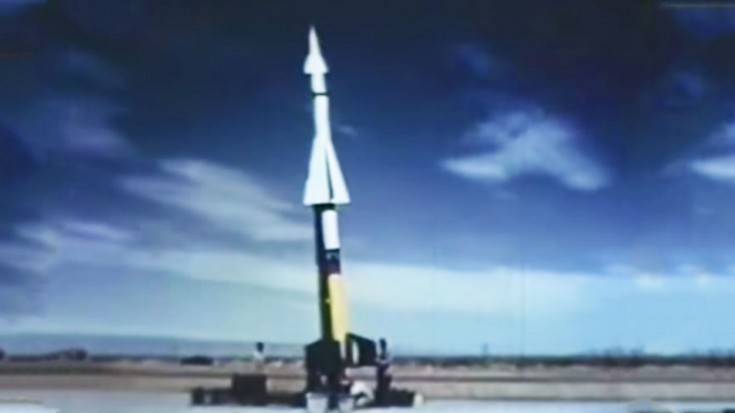 One of the most beloved World War II bombers is the B-17 Flying Fortress. Loved by the pilots who flew her in World War II and historical aviation enthusiasts alike, she could drop tons of bombs and take a beating that’s for sure. It’s because of this that almost 13,000 of them were produced, serving valiantly during World War II and beyond. After the war ended however, there was a major surplus of the Flying Fortresses. They were then either sold off or scrapped, with a few that were kept in the military as drone aircraft for military testing.

107 Flying Fortresses were converted to drones by the military for atmospheric sampling after atomic tests or as targets for newly developed missiles.

The B-17 Flying Fortresses that were chosen for these tests were designated as QB-17s. They were converted to drones and used for atomic testing or, as you’ll see in this video, targets for surface-to-air missiles. In early 1950s, the United States Army developed the world’s first such missile. Named Nike Ajax, these missiles were designed to attack bomber aircraft at high altitudes. To test their effectiveness, QB-17s were used as targets and as you’ll see in the video, the missiles did their job very well.