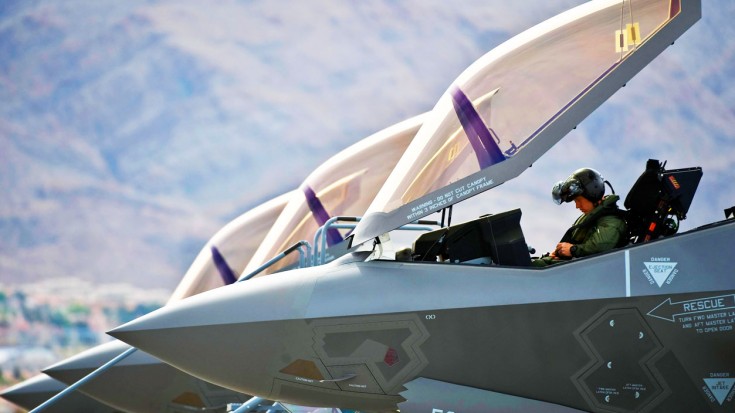 This Is Yet Another Blunder Associated With This Doomed Jet.

At this point the entire JSF program has cost taxpayers over $1.3 trillion USD, with no end in sight. Hovering at about $100 million USDs per plane depending on the variant, this next generation fighter has been the target of scrutiny from some government officials as well as taxpayers. With flaws ranging from design to software, news networks have been shredding the program for years now and now they’re doing it again.

Recent ejection seat tests have added yet another piece of bad news to this fighter. The seats, designed by Martin-Baker, had a requirement of being able to accommodate pilots weighing from 136 to 245 pounds. When testing the seat at slow speeds, it now seems that lighter pilots wearing the third generation helmet combined with the forward motion of the seat could lead to a broken neck. Numerous dummy tests have proven this to be true and now Lockheed and Martin-Baker are trying to remedy the situation.

This of course is not uncommon, as building a new jet is not an easy task. Martin-Baker for example, has saved literally thousands of pilot’s lives for decades with their technology. The problem here is that with this program already hundreds of billion dollars over budget, this doesn’t look good, especially because the Air Force has already grounded pilots that remotely hover around that weight.

Here’s a cool video of what an F-35 ejection looks like. It works well, minus that one thing.