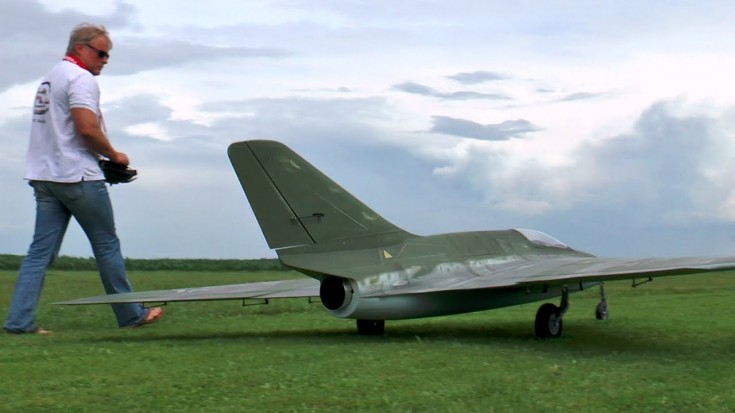 This German craftsman/pilot named Roland Maier built himself a 1/3 scale Messerschmitt P.1111. Not only that, someone at one of these Rc airshows also recorded this engineering wonder with a high definition camera. Now all of us can enjoy and share it!

Maier took a few years to build this massive Rc bird. It weighs approximately 50 pounds and has a length and width of about 10 feet. Powered by a Stranlturbinen FT 220, the jet engine itself costs well over $6,000 U.S.D.

The real Messerschmitt Me P.111 barely made it off the drawing board. The design itself was completed in January of 1945 and only one wooden model of it was made before the war ended.

It was supposed to be powered by a Heinkel HeS 011 jet engine, which would have made it almost twice as fast as any Allied fighter plane of that era. Also, it was supposed to be equipped with four 30 mm MK 108 cannons, making it quite the adversary if it went into production.