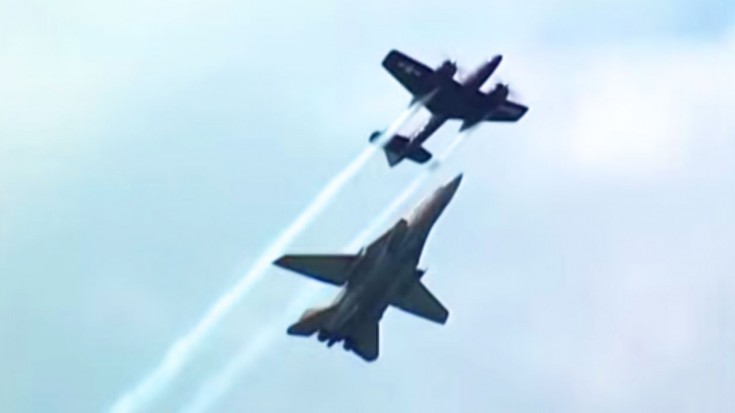 To Say This Takes Lots Of Practice Would Be An Understatement!

This wonderfully crazy footage was filmed back in 1996 at the National Warplane Museum. This event was called The Flight Of The Twin Engine Cats which was unfortunately a single show that is now only immortalized on video. To give their spectators something different to watch, two renown pilots decided to do this demanding stunt and drew up a plan in April of ’96. By May they were already practicing, the pilots saying that it took a lot of mutual trust and confidence between them to pull this off.

The pilots in these warbirds are:

If this event was to go as planned, these two pilots were the ones to make it happen. Skilled, steady handed and most importantly believing in each other’s abilities, they did something that has never been done before and by the sound of it, might not be repeated. Hope you enjoy it!