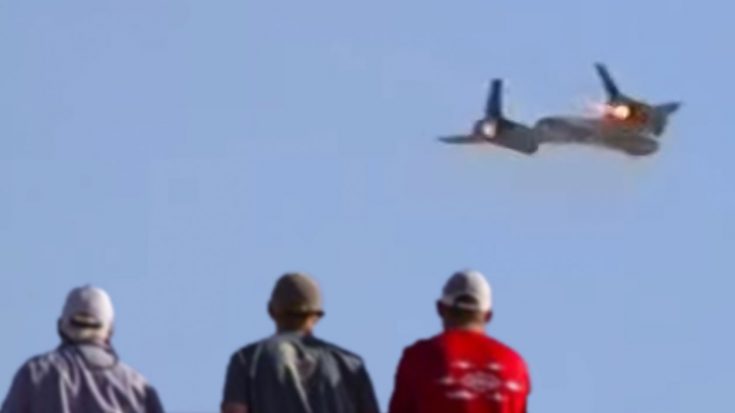 Never Again Will We Be Able To See Such A Thing.

Unfortunately, all we have of SR-71s nowadays are videos of which there are few. Retired in 1998, these beautiful planes have been grounded forever, outliving their purpose and service life. We can still marvel at their beauty however and share their history with the world. Well, there are also museums you can see them at, but it’s just not the same thing.

SR-71 first flew in 1964, just 19 short years after the end of World War II. If you look at them, it’s almost unfathomable that just two decades earlier we were still flying our beloved prop planes which had top speeds of just over 400 mph. Blackbirds could fly almost 2,000 mph faster than that!

During World War II, the Air Force we have now was a part of the United States Army but became a separate branch on September 18th, 1947.

In this awesome clip which was filmed in 1997, you’ll get to relive (sort of) two fantastic low-passes which took place at Nellis Air Force Base. Called the Nellis Golden Air Tattoo, this airshow was commemorating the United States Air Force’s 50th anniversary.

Along with this spectacular SR-71, there were many other jets featured as well, but it was the WWII warbirds that were there that impressed people too. As the U.S. Air Force was conceived just two years after World War II, Thunderbolts, Mustangs, Lightnings and Flying Fortresses also flew that day, but sadly, it’s not included in this footage.