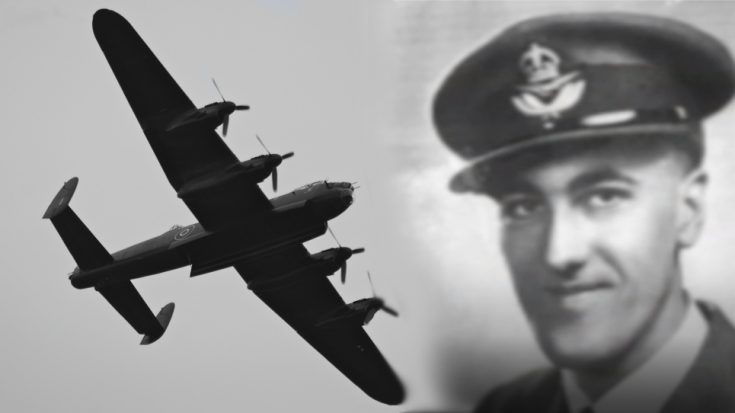 Our WWII veterans to whom we owe so much are swiftly disappearing.  In 2018, there were only 496,777 surviving of the 16 million to serve. We lose roughly 372 WWII veterans per day.

On January 9th, 2019, Peter Johnson passed away and became one of those 372. Sadly, at 98 years old, the former Lancaster bomber pilot had no surviving family members to attend his funeral. So Harold Wooger, a friend of Johnson’s, did something remarkable.

He Asked Strangers To Attend The Funeral

Wooger took it upon himself to give Johnson the proper sendoff he deserved. Though he thinks that Johnson would have”cringed at all the fuss,” he went ahead and appealed to the public to attend the funeral.

The response was overwhelming. Over 200 people came to honor the veteran at his funeral on Friday, January 25th, 2019. Representatives of the 101 Squadron, author Kevin Wilson, and many people with no ties to Johnson but who simply wished to honor him were in attendance.

Peter Johnson had flown 27 operations with the 101 Squadron as part of Bomber Command. The Avro Lancasters he flew were fitted with radar jamming equipment and dropped aluminum strips that would appear as false echoes on enemy radar screens.

Like many missions in the skies of WWII, the job at hand was incredibly dangerous. More than 55,500 men from Bomber Command were killed above Europe and only 30% made it through the war without being killed, injured, or taken prisoner. The average age was just 23 years old.

In remembering Johnson, many were reminded of the sacrifices so many others made. Johnson and the Bomber Command will forever have our respect.

See the short clip of the funeral below.