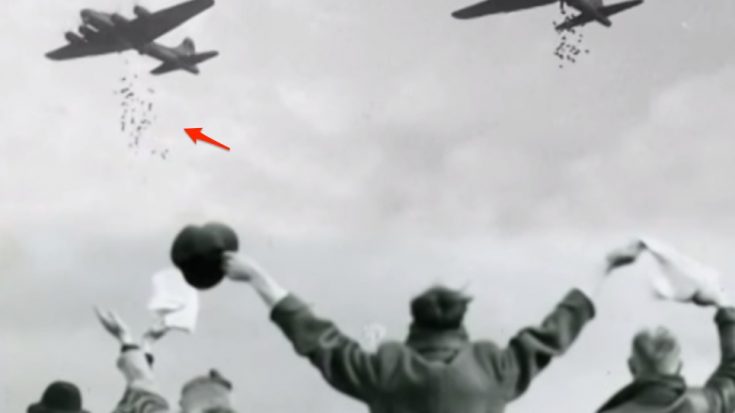 By 1945, Holland was starving. The situation was so dire that for a moment, a truce was called between Germany and the Allies to perform one (well, two) of the most heartwarming operations of the entire war: Operation Manna and Chowhound.

Bomber units and squadrons put their bombing missions on hold, left their weapons behind, and instead filled their Lancasters, Mosquitos, and Flying Fortresses with packages of food to drop over German-occupied Holland.

In desperation, Prince Bernhand of Holland had appealed directly to Dwight D. Eisenhower. Eisenhower began plans immediately, pending permission from Winston Churchill and Franklin D. Roosevelt. Agents then negotiated with a team of German officers who agreed to allow the bombers to pass without fire.

The Allies sprung into action. The RAF Operation Manna took place from April 29th-May 7th and was quickly followed by the American Operation Chowhound from May 1st-8th. Together, a total of 11,000 tons of food – packages of canned and dried goods, cheese, and chocolate – were dropped to the 3 million starving people.

Germany kept its word and while it must have been eery for the bomber crews to have German guns trained on the bombless bombers, only a few bombers came back with individual minor bullet holes. By this late time in the war, there was enough understanding of the desperate situation.

For these missions, the bombers were told to fly 500 feet above the ground, but many crews said they flew much lower than that. They flew so low, in fact, that they could wave to the people and see their faces. One pilot recalled checking the time on a local clock tower rather than his watch. Another said he had to tip the wings in order not to hit buildings. Imagine what a sight that must have been!

These humanitarian missions saved countless lives. Members of the bomber crews, in interviews, have expressed how good it made them feel to be dropping something that would help people rather than something that would kill people. While war is absolutely brutal, sometimes the good shine through too.