The Story Of The Sinister Looking Bomber Produced In Small Numbers 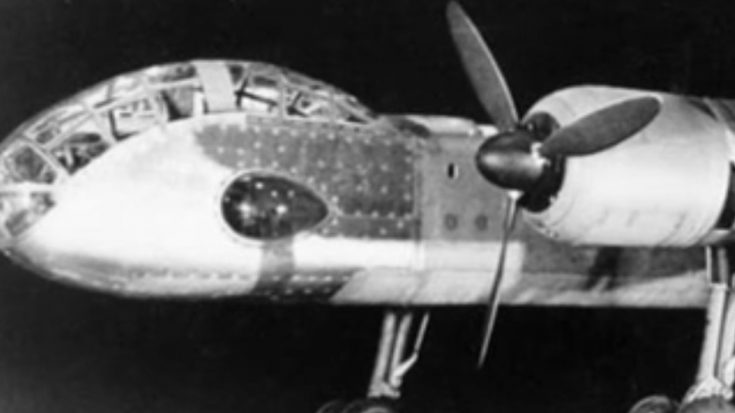 The years prior to World War II and beyond had a major impact on the world of aviation. Flight was still relatively new during that era but a major war forced all countries to develop better, faster aircraft. Air superiority was paramount and having more superior fighters and bombers in the air was key to winning the war.

One such success was Germany’s Junkers Ju 88. A multirole combat aircraft, over 15,000 of them were produced because of their speed and versatility, but we’re not here to talk about this aircraft. We’re here to talk about its variant, the Ju 388.

Built on the same airframe, the Ju 388 was designed for high altitude operations as the Germans saw the effectiveness of the B-29 Superfortress.  They wanted to design something as fast with the ability to fly at higher altitudes than their previous fighters and bombers so they upgraded the already successful Ju 88 and Ju 188.

There were many changes made to the aircraft, but the most notable ones were giving it a pressurized cockpit like the B-29 allowing it to fly up to 44,095 ft.  In addition, getting rid of most of the defensive armament made it lighter and more streamlined thus increasing aerodynamics and speed. New, better engines were also added helping the Ju 388 perform better at higher altitudes.

Unfortunately, it was too little too late. Starting production at the tail end of the war, resources were low and the constant Allied bombings destroyed the factories which made these warbirds. Today, only one example exists in the world.

Since no examples of this aircraft survive, we could only find vintage footage of the JU 188, the predecessor from which the Ju 388 was derived from. You can view it below.