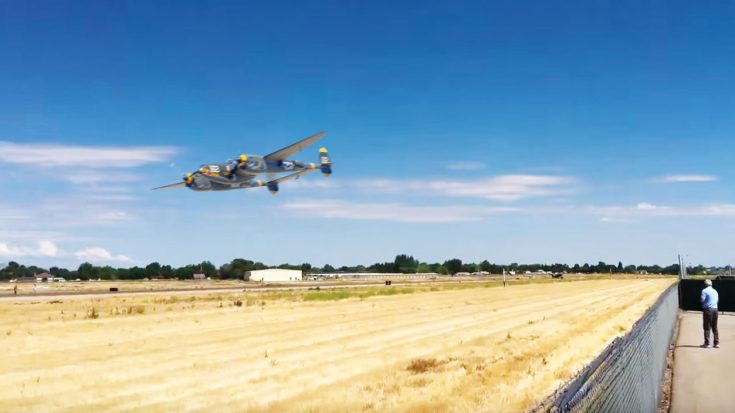 As You’ll Hear, Lightnings Are Unusually Quiet For A Twin Prop Aircraft

P-38 Lightnings were designed and built by the American company Lockheed, which now operates under the name Lockheed Martin. They developed one of the most distinctive World War II planes, as the Lightnings were equipped with a twin boom. The design team made it to accommodate the tail assembly and the two massive Allison V-1710 engines that were chosen for the aircraft. The Allison engines produced 1,600 horsepower each, giving the Lightnings a top speed of 414 mph and a service ceiling of 44,000 ft.

As of this writing, there are 9 airworthy P-38 Lightnings around the world, with about two dozen more on display and a few under restoration waiting to fly again.

Among World War II pilots, Lightnings were extremely well received. In the hands of green pilots, they could be mishandled in many ways that would cause a crash in any other plane. Additionally, there were nearly two dozen pilots who became aces flying these warbirds. Richard I. Bong was one of them, having shot down 40 enemy aircraft. Close behind him was Thomas McGuire with 38 confirmed kills. Both of them were actually the highest scoring aces in American history.