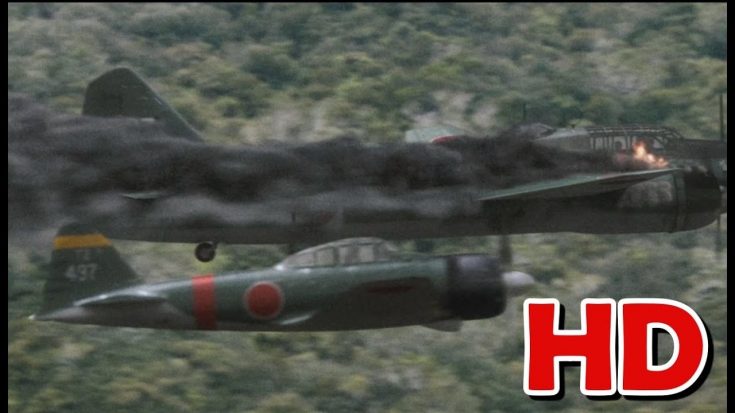 Unlike other war movie clips, this one actually had a similar resemblance to what happened to Admiral Isoroku Yamamoto. Yamamoto was the commander-in-chief of the “Combined Fleet” – the main component of the Japanese Navy.

According to personal accounts, sixteen P-38s intercepted the Admiral and his escorts over Bougainville. In the middle of the fight, Col. Rex Barber managed to down the G4M bomber that Yamamoto was in. Yamamoto’s plane crashed in a jungle and was later found by Japanese search parties.

An autopsy later revealed he was shot on his left shoulder and jaw. An exploded jaw wouldn’t do well in cinemas so a bit of Hollywood magic was sprinkled in this scene. Still, this movie clip was as accurate as the personal accounts from that day.