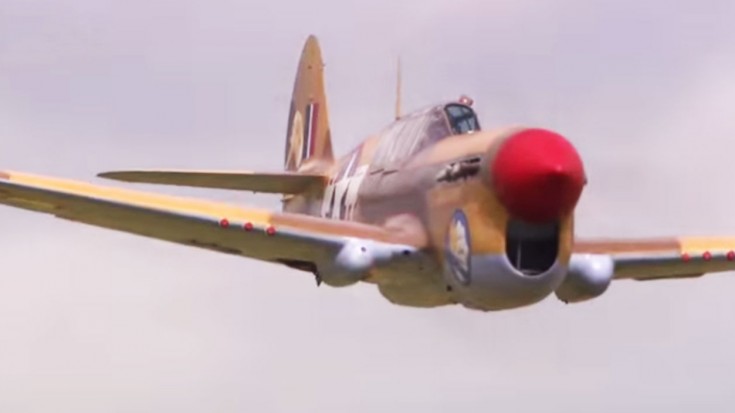 This Video Sounds Even Better Than It Looks

The P-40 Warhawk is a Curtis Built American single-engined fighter and ground-attack aircraft. With just about 14,000 of them produced, it was the third most manufactured plane during World War II, beat only by the Mustangs and Thunderbolts. The Warhawks were used by most of the Allied powers, and were given different names such as Tomahawk and Kittyhawk, depending on the particular variant. Overall, the P-40s had almost two dozen variants.

The Tomahawks used in North Africa were the first to use the signature ‘shark mouth’ design.

Although later replaced with Thunderbolts, Lightnings and Mustangs, the Warhawks contributed in a major way to bolstering Allied air power over the Pacific. In general, Wildcats were very well liked by their pilots. They were more maneuverable than P-38 Lightnings for example, but the problem they faced was range. Once the Japanese air forces were pushed back, Warhawks simply could not make the trip to fight. With a range of 650 miles, fighting deeper in the Pacific Theater would make for a one way trip. The Mustangs took over their role later during the war, as they had a much longer range of 1,650 miles.