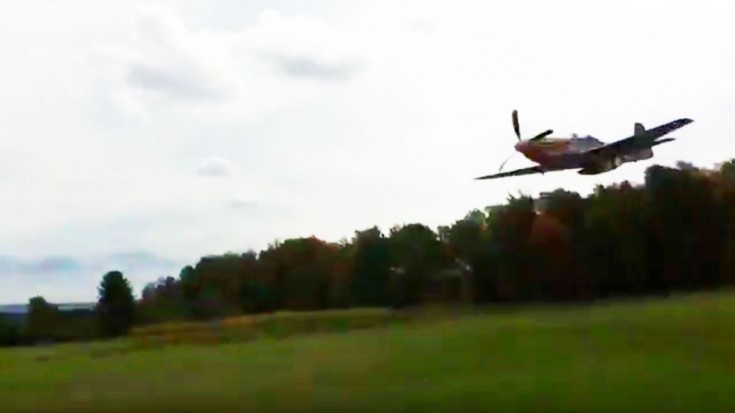 It would be sort of random if this great flyby wasn’t planned. The person shooting the video was standing on an open, grassy field between two tree lines. The perfect place for a Mustang to dip down and show of if you ask us. Either way, this short, sweet and to the point video might make your hair stand straight up as the P-51 is definitely low and loud.

Designed as a single seat fighter-bomber, the P-51 Mustang was built by NAA specifically for the British Purchasing Community.

Implemented into the Royal Air Force in January 1942, P-51s proved to be formidable fighters although their original Allison V-1710 engines lacked high altitude power. Once they were overseas, later variants were manufactured with the Packard V-1650-7 engines which were license-built versions of the famous Rolls-Royce Merlin 60 Series engines. These bad boys powered most of the RAF’s famed aircraft including the Lancaster bombers and the Spitfires.