There Are No Words To Describe Men Like This WWII Veteran 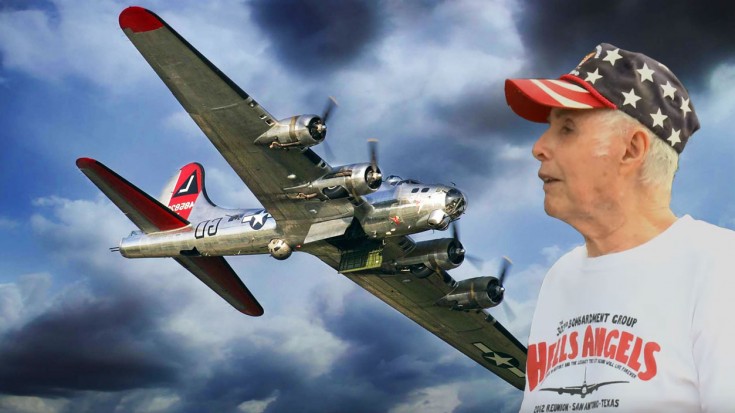 William Yepes is one of those resilient men who fought hard during World War II and lived to tell about it. Not only that, he’ll tell you some stories at the tender age of 91 that you don’t want to miss.

Enlisting in 1943 at the age of 21, he was assigned to Queen Mary, a B-17 he’d be in for all of his 28 missions. With that much exposure to bombing raids, he’s more than lucky to have come back.

During World War II, an astounding 24,000 airmen lost their lives in B-17s alone.

The story you’re about to hear was made possible by the Liberty Foundation. Based in Claremore, OK, this foundation have the famous Memphis Belle on their tarmac, although it is important to mention it is not the original World War II Memphis Belle. It is however the same B-17 that played the Memphis Belle in the 90s movie by the same name.

The most fantastic fact about this whole experience is that William Yepes did fly alongside the crew that operated the original Memphis Belle. Now that’s a story worth sharing!

Aside from that, Yepes is an awesome storyteller. As you’ll see, he’s also an optimist judging from some of the recollections he shares in this video. A great man that did a stellar job during the war. We thank you!