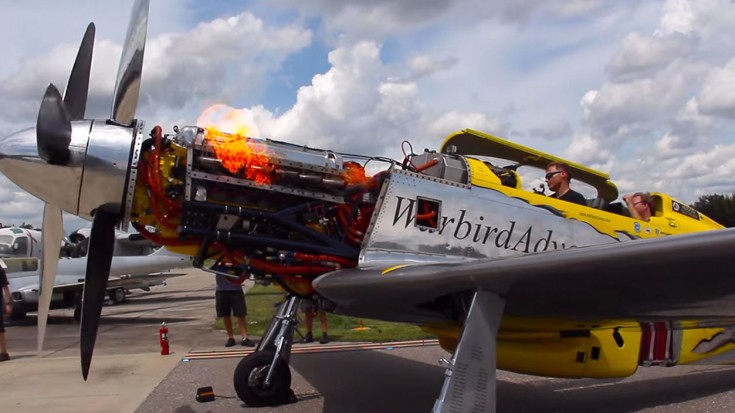 Be Ready To Geek Out!

To describe this P-51 Mustang, it’s glorious and exquisite. Being a legendary fighter-bomber during the World War II, it’s been almost 75 years since we saw it dominate the skies (first flight was on October 26, 1940). It showed incredible performance even at 15,000 ft and when the North American F-86 Sabre became United Nations’ main fighter during the Korean War, the P-51 took the role of a specialized fighter-bomber.

Precious Metal was constructed in 1987 with the use of various P-51 components. It was specifically designed for racing. Being purpose built, this variant is powered by 3,200 hp Rolls Royce Griffon.

The Griffon engine, sourced from a Miss Budweiser Unlimited Hydroplane racing boat, increases the displacement by nearly 40% compared to the factory Merlin engine used by all other P-51s.

This video was taken a few weeks before the 2015 National Championship Air Races. However, during a fuel stop on their way to Reno, Nevada; the aircraft burned up. Although the flames have been extinguished in 20 minutes, sad to say, extensive damage has been done thereby causing the legendary bird to prematurely end its career.