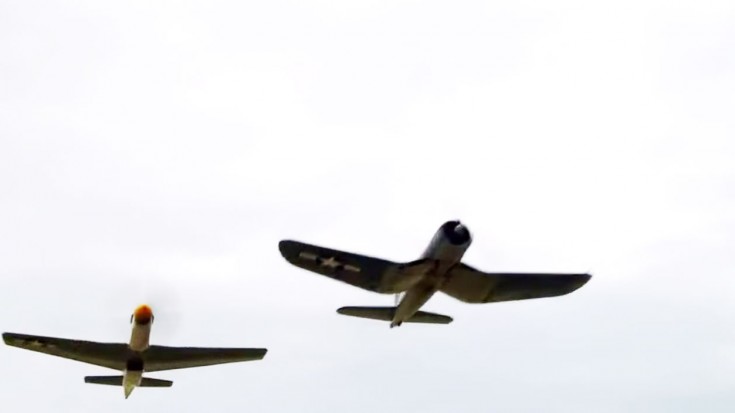 Not Your Average Advertisement — Awesome Video Work With War Birds In Flight!

The two war birds used for this commercial were among the best planes during the World War II. I know we all love to hear the roaring motors but it’s as good as it gets. High quality video and great shot! These planes are the two hottest things in the air ever! Can’t get any sexier than this! The only thing missing is the Spitfire. Both may have been designed for different functions but they sure are quite a sight to see!

The Chance Vought F4U Corsair was designed as a carrier-based aircraft.

They’re classic and definitely artistic. They were built using the latest technology at the time and boy, were the results absolutely impressive! We could watch these planes all day. Which one would you pick?