Would You Have The Guts And Steady Hand To Buzz Like That? 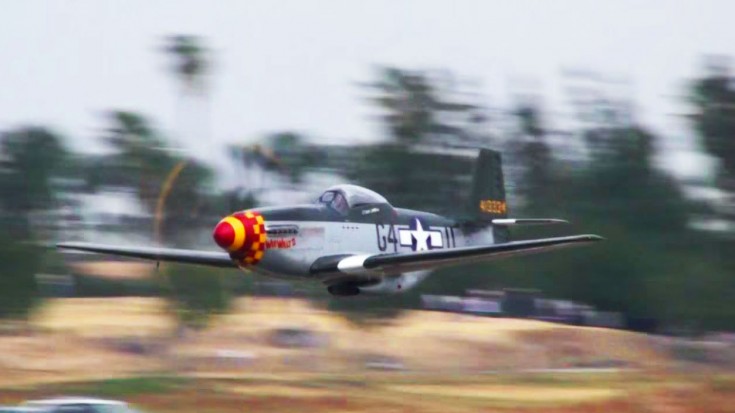 If You Love The Mustangs, You Could Probably Watch This In A Loop

The really low and loud Mustang flyby is brought to you by Ed Shipley and his plane,  Wee Willy II. Ed is an expert pilot and founder of The Horsemen, a formation flying aerobatic team. Their routine is typically shown using three original P-51 Mustangs that were in combat during World War II. Two of the members of The Horsemen are the owners of these beauties, and they also own Lightnings, Corsairs and Bearcats.

There are approximately 150 airworthy Mustangs flying today and cost an average of $2M!

Shipley has been performing at airshows for over 18 years and has great experience piloting the T-6 Texan, F8F Bearcat, F-86 Sabre in addition to the Mustangs. This video was captured at the Riverside Air Show in 2008 but you can catch the Horsemen perform numerous times a year.

Their schedule beings mid March and runs until November, as they fly at many different air shows throughout the U.S., and sometimes in Canada and Europe. They average about 10 shows per year and believe us, they’re well worth seeing.