Paratrooper Gets Hung Up And Towed Behind Plane 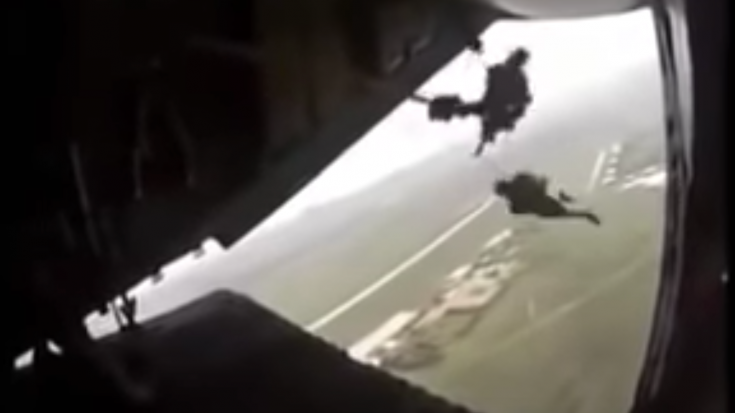 Had To Happen Sometime.

Paratroopers are a crazy breed, that’s for sure. Paid to jump out of a completely good airplane, these guys are dropped into hard to reach places and are typically surrounded by the enemy. Like we just said, “a crazy breed.”

The use of paratroopers was invented shortly before World War II and was widely used during it as an insertion method.

While watching some great videos about these guys, we stumbled upon an unlucky paratrooper though. He didn’t even get a chance to exit the plane. Well, he did, but just halfway.

According to the description, an unidentified Mexican paratrooper performed a rear exit but his line got caught. The end result was the poor guy waving like a flag hanging out the rear of the plane.

We’ve dug around a bit and there wasn’t much information about the incident other than the fact that the jumper was hospitalized after the incident. He was later released and made a full recovery. At least that’s good.

Notice however how he started spinning towards the end of the video. Once he was caught by the wind, that was enough to make anyone sick. Seriously feel bad for that guy.

Watch Next: Paratrooper Pulls Reserve At The Last Possible Second-Holy $#*! 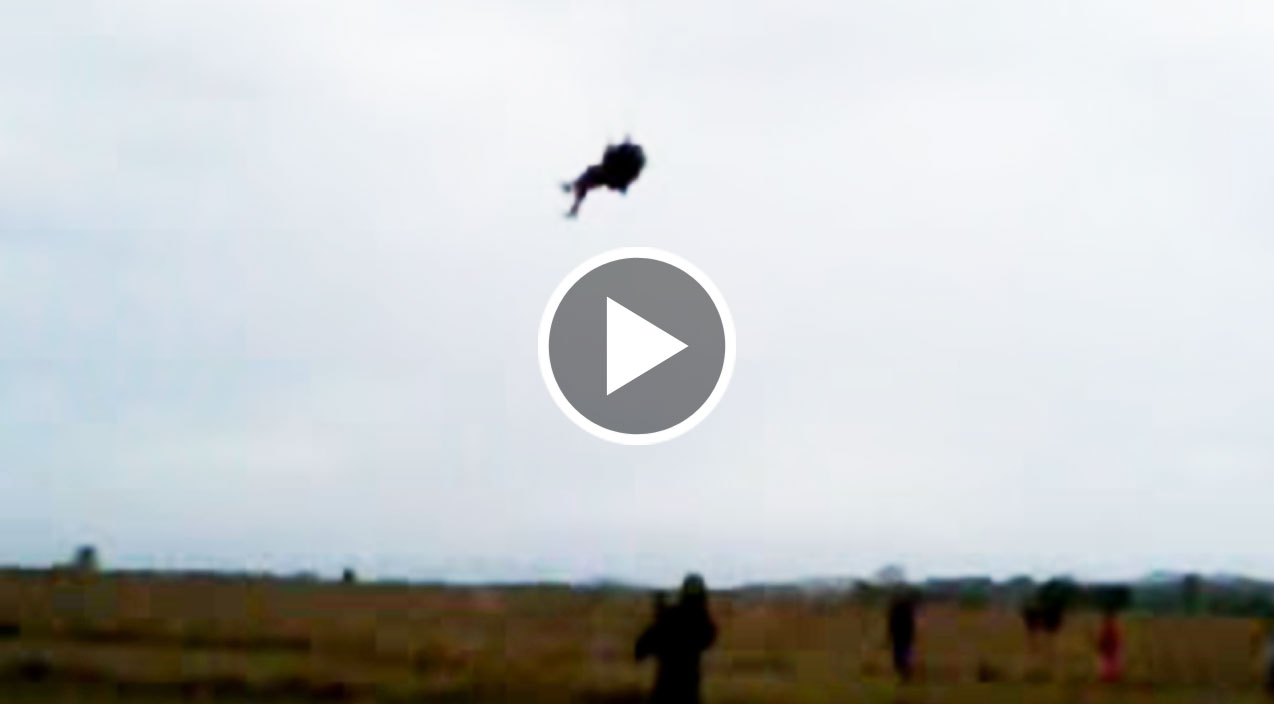