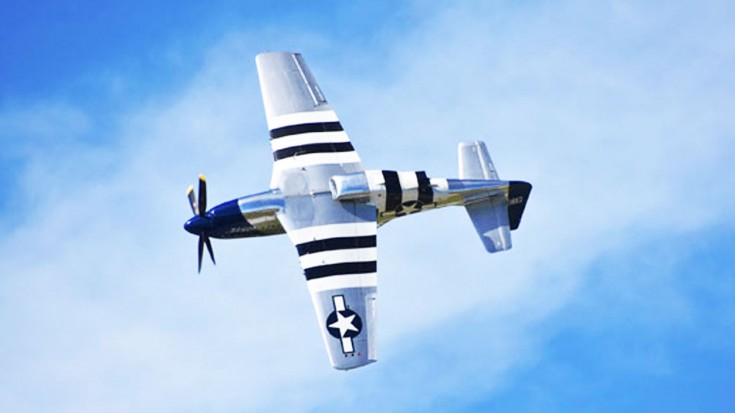 Built by North American Aviation, the P-51 Mustang is regarded as one of the best planes to have flown in World War II. With over 15,000 built at an average price of $50,000 in 1945 (roughly $.5M now), Mustang pilots claimed almost 5,000 enemy planes in air combat, more than any other plane during the war. Equipped with six .50 caliber M2 Browning machine guns, enemy planes sure knew they were in trouble when they saw P-51s in the air!

Because of its performance in World War II, it was awarded one of the highest honors by the Truman Senate War Investigation Committee as:

…the most aerodynamically perfect pursuit plane in existence.

With over 5,000 enemy planes shot down in air-to-air combat and 4,000 on the ground, the Mustang fleet lost less than 2,600 planes! The most notable Mustang group was the 8th Air Force’s 4th Fighter Group that claimed 1,016 enemy aircraft, more than half of which were shot down in dogfights. An all-round great plane, the P-51 Mustangs were used as fighters and fighter-bombers and had an amazing range of 1,650 miles with the use of external tanks, allowing them to escort heavy bombers to their distant missions towards the end of the war.