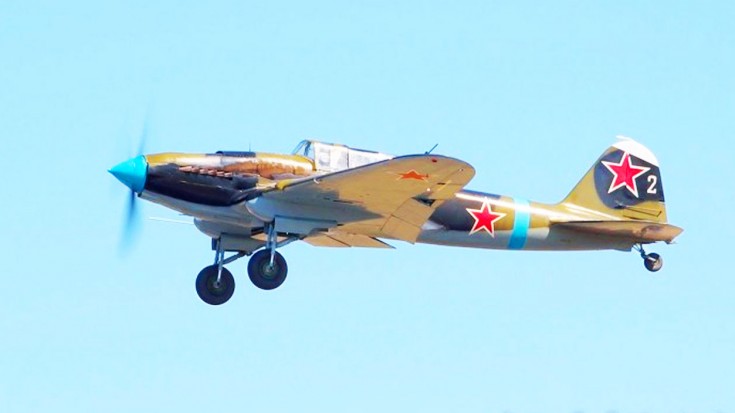 The ‘Flying Tank’ Is Back In The Air!

The Ilyushin II-2 Shturmovik was a ground-attack aircraft produced by the Soviet Union. It was the most heavily manufactured plane in aviation history, with 36,183 of the being manufactured overall. Known to infantry men as the ‘flying tank,’ the Shturmovik was very heavily armed. The engine and the cockpit were reinforced with 5-12mm armor which was thick enough to deflect small arms fire. Flying low to the ground as a ground attacker, these Russian planes were extremely hard to shoot down. One story tells of a Shturmovik returning back to base despite being hit over 600 times!

Some notable specs of the Shturmovik are:

As of today, there is only one airworthy Ilyushin II-2 Shturmovik  that was completed in 2012 while 9 others are on display in various museums around Eastern Europe. The Shturmovik featured here was restored by the Flying Heritage Collection. It’s really a rare bird to see in action, so take notice!